The Nashville Consortium of Safety Net Providers was first established in May 2000 through memoranda of agreement between all existing primary care safety net providers, six of the nine hospitals in Nashville and the Metro Public Health Department.

Over the next 16 months, the Consortium grew to include all dental care, mental health care and substance abuse case safety net providers. The remaining three hospitals also joined. 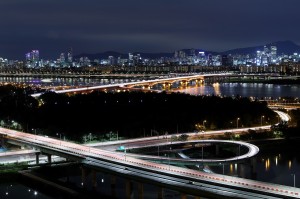 In September of the following year, the Metro Public Health Department was awarded a Community Access Program grant in the amount of $1,089,900 from HHS to create a system of care that became known as Bridges to Care.

In February 2002, the Bridges to Care Pharmacy opened at Metro General Hospital. During the first year of operation, it enrolled 10,307 uninsured residents and provided 10,315 prescriptions.

More than a year later in September 2003, ongoing federal funding (in decreasing amounts) led to the creation of a second pharmacy at the Lentz Public Health Center. By that time, Bridges to Care had enrolled a total of 19,082 uninsured residents and linked them to a medical home. In total, 37,891 prescriptions had been filled.

In April 2004, the Nashville Consortium of Safety Net Providers changed its name to the Safety Net Consortium of Middle Tennessee, LLC, a not-for-profit 501(c)(3) corporation, and a new board of directors was selected. The newly formed group agreed to collaborate to create Bridges to Care Plus with Nashville’s hospitals and the Nashville Academy of Medicine.

Bridges to Care Plus

By May 2005, Bridges to Care (Project Access Nashville Primary Care) had enrolled 26,401 uninsured residents and filled 83,416 prescriptions. Bridges to Care Plus was founded in 2005, and the Nashville Academy of Medicine recruited 231 volunteer specialists offering 3,253 specialty “slots.” An encounter data project was undertaken.

In October of the following year, preliminary results were shared from a Nashville Primary Care Clinic Current Capacity Survey undertaken by the Safety Net Consortium.

In March 2007, the HCA Corporation hosted the first Bridges to Care celebration, where the inaugural Dr. Clifton Meador Community Health Leadership Award was presented to its namesake – Dr. Meador. Also, Mutual of America selected the Safety Net Consortium for an Honorable Mention Award in its Community Partnership Award competition. 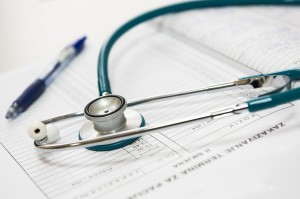 Due to a changing healthcare environment, the SNC began the process of reviewing its strategic plan and bylaws, and in April 2008, they adopted new bylaws and a new board structure.

Just under a year later in February, the SNC voted to undertake a Community Assessment conducted by the TSU Center for Research. The results were due in 2010.

Five months later, Bridges to Care initiated a web-based online registration process to expand access to primary care services for the uninsured. Approximately 824 uninsured residents were enrolled in the first month and chose a medical home. Previously, enrollment had averaged 310 per month.

In October of the same year, the Diabetes Improvement Project (DIP) was initiated with seven community health centers.

In April 2010, Business Associate Agreements were signed with each clinic site; the DIP proposal was reviewed by the IRBs of Vanderbilt, Meharry and Saint Thomas; and the project was classified as a quality involvement project with a waiver of informed consent.

Three months later, data collection began. A new DIP committee was formed, and it continues to meet on a monthly basis to receive reports.

In January 2012, new strategic goals were developed, and later in July, the SNC gave up direct funding of Bridges to Care programs. Bridges to Care is now operated by the Nashville Academy of Medicine and the Metro Health Department.

In 2015, we gathered with members and community supporters to celebrate our 15th anniversary and the 10th anniversary of Project Access Nashville Specialty Care. Click here to read about that celebration held at Ascension Saint Thomas Hospital Midtown.

In 2020, the Safety Net Consortium of Middle Tennessee applied for status as an official stand-alone nonprofit.  This step allows us to move from informal gatherings that relied on the volunteer and financial support and oversight of our partners, to officially become a nonprofit membership organization to support our mission. We continue to have a robust participation by our clinics, hospitals, academia, and other community partners on our Policy and Planning Council. 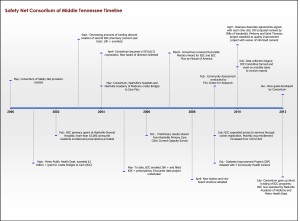